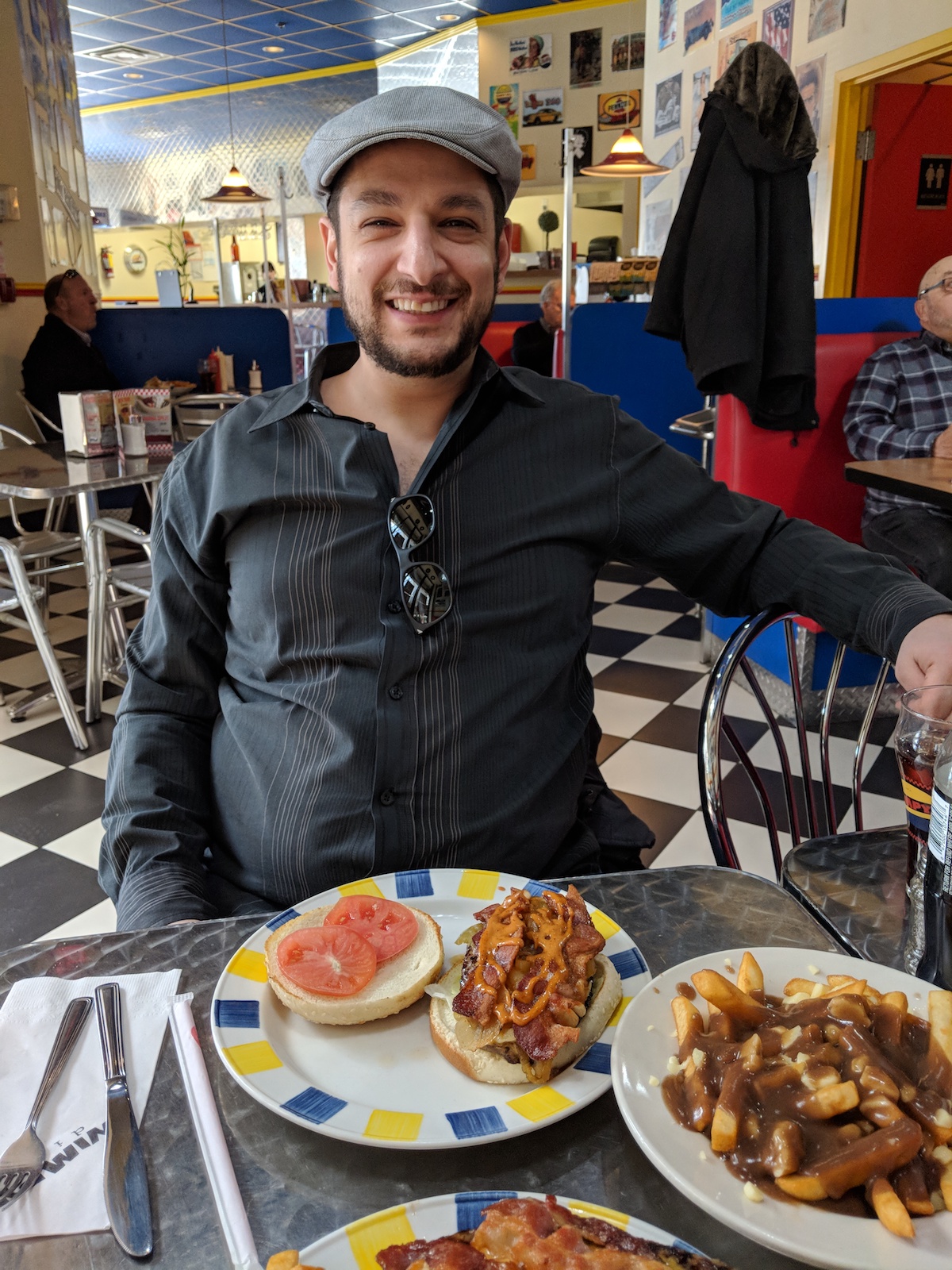 In my latest installment of Lunch’Ed, I met up with Sal Taghleb to learn about his long-distance journey from IA to Enterprise Agile Coach.

Truth be told, I’m terrible at long distance relationships. The last I heard from (Sal) was in  2008 when he was heading off to a new opportunity in the Netherlands. That was over ten  years ago, so I was excited to hear from him when he reached out to me for this series. The  restaurant itself was Wimpy’s Diner in Markham which afforded Sal the time to meet me during his lunch break. While my burger was delicious, this was more about two old colleagues reconnecting after too long an absence.

We began our lunch as many of my meetings with past colleagues do, with a trip down memory lane. We had a great discussion on the joint successes and failures within CanWest during the growth years of canada.com. I was managing the development team at the time, and Sal was brought in as an Information Architect for yet another relaunch of canada.com. This discussion turned into somewhat of a sombre memorial as we reflected on the eventual demise of canada.com and Canwest itself, and our theories for why and how that happened. That, however, is not the purpose of this post and I may tackle that another time.

What I was interested in learning was how Sal went from the Information Architect I had last  worked with to being an Enterprise Agile Coach. Not that there isn’t any connection between  the two roles, but I knew the line wouldn’t be direct, and Sal didn’t disappoint.

Sal left CanWest for a job in the Netherlands with a startup called iLocal. For those who remember the whole “hyperlocal” craze that swept our industry at the time, their objective was to be a local business search engine for the area of Europe known as the Benelux (Belgium, Netherlands, and Luxembourg.). They would index every business based on a set taxonomy and feed that data model into a system so that it was smart.

At the time they were using a licensed proprietary .NET engine, but knowing that the real value of the company was the IP, they wanted to own it. While Sal had been brought it as manager of search and innovation , they soon tasked him with developing a system in-house. As Sal explains, while he had never done this before, he was excited by the challenge and dove right in.

They decided to go all open source and build this massive new system. The company didn’t  have the skills or people on staff, so off they went on a mass hiring spree. Sal hired people  from all around the world and brought them in-house, and now our IA was managing a software development team. The team itself wasn’t enough because what they were trying to build was cutting edge, so they hired a consulting company as well. Eventually, they did end up completing the product, and TomTom later purchased the IP to create TomTom Places.

While working in the Netherlands, they decided to utilize SCRUM exclusively. Again, not having the skills on hand they hired a company for a full training session and through this Sal became a certified SCRUM master. While he wasn’t the SCRUM master for the project at the time, they had an actual SCRUM Master come in on contract.

“Even though I completed the course, I wasn’t ready to introduce that risk on a big project.”

During that time Sal learned a lot about agile and about SCRUM, so when he came back to  Canada, he brought all of that experience with him. He took many additional courses and  applied his growing knowledge and experience to every software project he led. In time he found himself working as a SCRUM master and Agile Project Manager. He finally decided he wanted to continue moving forward as a professional agilist.

Having gone through this transformation, my final question to Sal was whether he enjoyed this role more-so than the previous roles in IA and software development? His answer was a  definite yes. While he uses those previous roles to understand projects, make suggestions, and provide recommendations, he’s happy not to be too involved in those areas.

“I want to be great at what I do, not just okay. I’m much better as a facilitator, trainer, and agile leader. I do enjoy the servant leadership style of people management, and there’s a  difference.”

I have met many people who have and are struggling with finding something they excel at which they also truly enjoy doing. While it may have taken a long journey across the pond and back to figure it out, I’m certainly happy for Sal that he has found his niche.

I encourage you to visit Sal’s website to learn more about the services he offers.